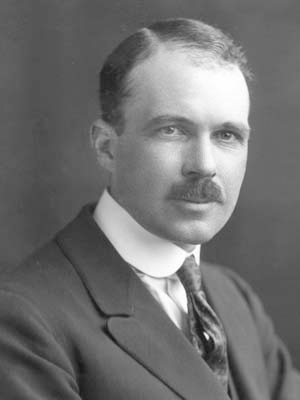 Edward Victor Appleton was a scientist, Freemason, and winner of the 1947 Nobel Prize for Physics for his discovery of the "Appleton" layer of the ionosphere.

Masonry seeks to foster an inquisitive spirit in all things, and through the application of reason to nature, discover new and profound truths about our world. Science has always influenced masonry, inspiring discoveries, and patronizing scientists so they would be free to discover. One such scientist who was inspired and enlivened by the scientific spirit in masonry was Brother Edward Victor Appleton.

Brother Edward Victor Appleton was born in 1892 in Yorkshire, England. Excelling in his grammar school education, Appleton was awarded a scholarship to study at Cambridge. It was there that he would be initiated into Freemasonry, becoming a member of Isaac Newton University Lodge No. 859 in 1922. It was also there that he conducted what would be one of his most famous experiments, using radio waves to prove the existence of the ionosphere, one of the outer layers of the atmosphere.

Throughout his life, Brother Appleton lived the Masonic ideal of the well-rounded life, serving in the military, engaging in deep scientific and mathematical inquiry, and founding a scientific journal to promote the field of atmospherics. He served as the chair of the University of Edinburgh, and his discoveries were instrumental in mapping the cycles of the Sun, and developing Radar. By the time of his death in 1965, he had successfully laid his mark upon the pursuit of science and knowledge.