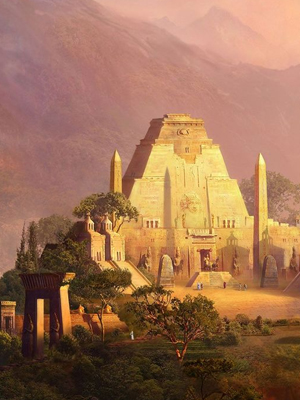 The Mystic Wisdom of Humanity

The Flame of Human Genius

From the very beginnings of our evolution man has contemplated the mysterious. From the far-off dancing of the stars and planets to the impenetrable enigmas of birth, life and death our minds have been captivated by the mysteries of this universe. In ages past we erected great temples and monuments to the hidden secrets of Nature. Today we delve ever deeper into the veil of science and human understanding in search of the knowledge that lies just beyond the shadow of our ignorance.

By its nature, the mysterious has always lent itself to private exploration and secret gatherings. Not for the purposes of concealment from those who wish to know but rather protection from those who, upon learning, would not treat the wisdom revealed with the reverence it is due or who would use it to serve nefarious ends. It is for this reason that the mysteries of Mithras were practiced in subterranean caverns and the Druids retreated to their hallowed groves, safe from the misunderstandings of the uninitiated.

Freemasonry is a continuation of this most ancient of human traditions for it shares with its remote ancestors the same great thought that unites all mystery traditions: a knowledge of our origins and a vision of our destiny. Freemasonry contains within itself the record of the great cycles of human history, from the rise and fall of empire and civilization to the individual births, lives and deaths that make up the human experience. It has accumulated under its lofty banner the mystic teachings of all ages, no longer scattered to the winds of time.

Freemasonry represents the modern incarnation of the Ancient Mystery Tradition. This tradition, these great Mysteries, are not fantasies of fiction, they are the heritage of all human beings. The mysteries are the gateway to human evolution and the pathway to the future. Universal Co-Masonry recognizes that these mysteries cannot only be preserved and remembered, they must be practiced and continued so that the flames that they ignite in the minds of humanity must never be extinguished.