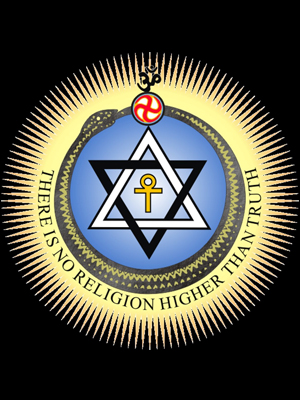 The Legacy of the Theosophical Society

The Influence of Blavatsky on Universal Co-Masonry

“Masonry remains as evidence of those ancient teachings which, as Plato said, 'made a man sure of immortality' and gave him certainty of life on the other side of death.” ~ Brother Annie Besant

The connection between Freemasonry, Theosophy, and the Ancient Wisdom is not known by many. Their conjoined history is very old and runs equally as deep. These esoteric schools come together not only in the shared principles of their philosophies but also in the men and women who throughout the ages have devoted their lives to spread the Divine Knowledge encapsulated within each Mystery tradition. There are many named and unnamed individuals who have served as torch bearers but none more famous in more modern times than Helena Petrovna Blavatsky; a woman of excellent character whose life was one of great adventure would change the Western world forever.

Ms. Blavatsky was a Russian aristocrat whose childhood was heavily influenced by Freemasonry and Rosicrucianism. She spent her formative years in the vast library of her great-grandfather, a well-known Mason. It is very likely she came to know of the Masonic teachings of the Fraternity and that of Rosicrucianism during this time. At a young age of 17, Ms. Blavatsky would begin to extensively travel the world. Her impetus for doing so can only be left to speculation; however, the ramifications of her journeys cannot be measured. Her alleged meeting of esoteric adepts while in Tibet would prove to be one of great importance. The custodians of the Ancient Wisdom would teach Ms. Blavatsky many things that would come to shape her understanding of Theosophy, a syncretic philosophy rooted in the Ancient Wisdom.

Ms. Blavatsky’s great-grandfather was not the only Freemason she knew, as she was surrounded by many throughout the years of her life. She even chose to fight for one, Brother Giuseppe Garibaldi, during the Battle of Mentana during the wars of Italian unification. Brother Blavatsky would become a Freemason in 1877 and would remain a Brother until her death in 1891.

In the coming years, there would be others who would bring Freemasonry, Theosophy, and the Ancient Wisdom to the forefront. Brother Annie Besant, Brother Charles Leadbeater, and Brother C. Jinarajadasa would work in their own capacities to spread the Light. Brother Annie Besant would propagate Freemasonry throughout England, India, and other countries while Brother Jinarajadasa would bring Masonry to South America specifically. Many who knew Brother Leadbeater and his affiliation with Theosophy and Freemasonry would seek to join the ranks of these institutions as his devotion for both was magnetic. Brother Besant’s international work with Freemasonry would establish a shared heritage between Universal Co-Masonry and Theosophy: a connection that is still shared today.

The relationship between Freemasonry, Theosophy, and the Ancient Wisdom is one that cannot be separated. The deep philosophical tie that binds them together goes beyond person and time. The many mysteries of the Universe, including the personal universe of the individual, are the underpinnings of a Nature so vast, so divine, that it flows from and through the fabric of these great and noble traditions.