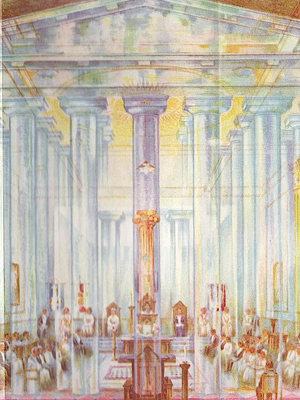 Restoring the Glory of the Craft

THE RESTORATION OF FREEMASONRY

Traditional Freemasonry is dying. A once-great and truly venerable institution that has done more for humanity than will ever be recognized is nonetheless experiencing its decline. The Freemasons of the 18th and 19th centuries built empires, mapped continents and made the scientific and philosophical breakthroughs that built the modern world. But where are such luminaries today? Where are the towering giants of genius whose shoulders we are to stand on? Why is it that a Craft capable of producing such great human beings now faces its extinction a mere 300 years later?

Freemasonry once invigorated the world for one simple and timeless reason. It was a beacon of liberty in a time of great darkness. The Western world was still gripped tightly in the clutches of monarchy and dogmatic religion. Human authority, not the laws of Nature and the Divine, dictated the course of human life. The bloated aristocracy exercised cruel and arbitrary power and held the lives of millions under their thumbs. Men, women and children died in pointless wars of territorial acquisition that exhausted the human spirit and dulled the imagination. The freedom of the mind to explore and express new ideas was not as sacrosanct as we have made it today. It was in fact non-existent except in the halls of great power and even then was bent to serve the ego of the ruler. The word of kings and bishop alike was taken as law, whether justice or greed was served in its execution.

Freemasonry offered an antidote to this oppression by creating an environment where men were truly free to question their reality, to investigate their Gods, their rulers and their morality. It was in this crucible of liberty that the last superstitions of the Middle Ages were burned away. Monarchs were overthrown, corruption dispelled and the ceaseless wars of conquest that had plagued Europe for a thousand years were diminished. The concepts of political freedom were introduced to a world now ready to accept them. Freedom of trade, freedom of movement, of religion, of marriage were received as fresh air is received by the lungs of a drowning man and for centuries Europe flourished. Freemasonry in America launched a revolution that would establish the flame of freedom on that continent for centuries to come. In short, the principles and philosophy of Freemasonry won out and the Western world was built upon that bedrock.

But this great victory, as all great victories do, has allowed complacency to seep into the ranks of those who fought for it. The fervor and zeal which allowed for these victories to be accomplished has been abandoned by the same institution that created them. The same enemies that have always menaced humanity still threaten us today. The great tyrants of Ignorance, Ambition and Fanaticism are still responsible for death and destruction on a grand scale and will undo the gains of humanity if given the slightest chance. But modern Freemasonry has failed to meet this challenge as it did in ages past.

Universal Co-Masonry believes that these tyrants can be defeated by concerted and indefatigable effort alone and that only by dedication to the service of humanity in totality can we have a fighting chance of securing the future that humanity deserves. In this modern world of atheism and materialism it is still the Mysteries that hold the key to humanity’s destiny, only they must no longer be considered the “Ancient” mysteries. The flame of the mystics of humanity has never been fully extinguished, it has only lain dormant, waiting for a torchbearer worth of its light. For a time this was Freemasonry but the burden became too heavy and the torch was laid down. Universal Co-Masonry has taken up this torch and is determined to restore Freemasonry, to return to it the life and vital energy that once made it the greatest force for good humanity has ever seen. It can be so again and its light of Equality, Fraternity and Liberty will light up the world once more.