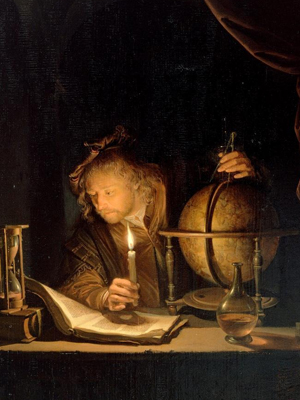 Expanding the Boundaries of Human Knowledge

Using the Wisdom of Nature to Improve Humanity

For millennia, humanity has stumbled under the weight of the chains of the ignorance and superstitions that persist from our ancient days. Many shadows have plagued the human mind and dimmed the brilliance it should emit. As human beings we have an almost limitless capacity for the expansion of our imagination, but we also have a sincere desire to discern truth from falsehood and better understand our place in this universe. This is an almost universal longing in each of us, to separate the real from the unreal and spread our findings to our fellow human beings.

The result of this unending quest is Science. Science, the great light of human wisdom, has dispelled the blinding shadows and shuffling chains of our species and allowed us to see by the clear light of day. Just as the chained man fled from Plato’s Cave from the shadows and puppeteers that had imprisoned him, so too has humanity fled from its ancient captors and taken its first steps towards the maturity and freedom that comes from intellectual independence.

But something has been lost in the relentless forward march of scientific progress. Once, in a time not so long ago, the quest to understand the world by science and the quest to understand God by the contemplation of the abstract, ineffable and Divine were united in their aim and practice. The great minds of Science and Religion were often one and the same. Isaac Newton, Robert Boyle and Johannes Kepler and many other towering figures of the Enlightenment were drawn to investigate the natural world by the allure of the hidden secrets of Nature and left room for the presence of an unsolvable mystery, a potential expression of a Divine presence.

It is this sense of wonder, gratitude and awe that has been banished from the materialist worldview that now pervades the science of our modern world. We have spent so long dispelling myth and breaking the chains of ignorance that we have forgotten that humanity is a dual creature and requires a space for the inconceivable, the inexpressible and the secret mysteries of the human heart. It is these mysteries that the fraternities of antiquity guarded with zeal and fidelity.

It is from these traditions that Universal Co-Masonry takes its lead, as preservers of the original Science of Humanity. At the dawn of time, the mystic, the priest, the astronomer and astrologer were all encapsulated in the person of the Initiate, for the Initiate wished to learn and acquire knowledge not to separate and dive but unite under the single banner of divinity. To the ancient mind, the mind that first contemplate the mysteries of our existence, the world was as one and revealed its secrets only to those few who were capable of perceiving this reality.

Though a time of division, examination and categorization may have been necessary to advance the knowledge of humankind out of the darkness that surrounded it in the Middle Ages it is now time, as we stand at the dawning of a new age of human wisdom, to once again take up the work of uniting the world in common understanding and Truth. It is Freemasonry that will enable us to do this. It is Freemasonry that stands at the center, observing all points of the circumference of reality with an equal poise, not valuing any one portion of the Truth over another and leaving room for the mystical and the unexplainable as well as the unavoidable realities of life and the hard truths of human experience. Freemasonry and Science are sprung from the same stock, partakers of the same nature and sharers of the same hope and if they can be combined into a cohesive method of exploring the hidden mysteries of Nature, no endeavor will be beyond the reach of human hands.