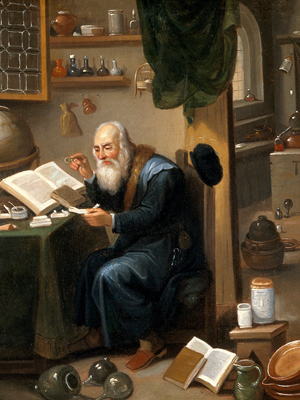 What Lies Beyond the Veil?

In man’s search for meaning no tool is more efficient and profound than symbolism. Symbols are the bridge between our world and the world of the formless, the abstract and the divine. They operate with ease where words fail, condensing language into a single, potent moment of understanding. Symbols allow us to express the inexpressible by creating moments of shared experience that transcend the boundaries of everyday existence. They are the transmissions of human wisdom that persist across time and space, uniting people who have never and will never meet, people who have existed hundreds of years apart from one another and are yet bound together by a single understanding.

The creation and maintenance of this single understanding is the Great Work of the mystics of antiquity, carried on today by the fraternal and esoteric societies that shelter and shepherd the hidden wisdom of humanity from the vicissitudes of time. Ever since the first glimpses of the Divine Plan were made visible to humanity we have been in danger of losing them and, in doing so, losing the path altogether. Human knowledge is a fragile thing, more fragile than we are willing to admit. Great towers of understanding have been destroyed in an instant, whether by natural calamity or human avarice, and the time spent rebuilding them has set back our species from achieving its full stature. Human beings are incredible creatures, capable of creating technological marvels, religions of great depth and intricacy and winning victories and achievements that defy the brutal relentlessness of Nature but each of these accomplishments require that we stand on the shoulders of giants to reach the heights.

Humanity itself is a ladder, stretching from Earth to Heaven as we climb ever closer to the realm of the divine, but if a rung in this ladder is destroyed – whether by natural calamity or human weakness – our climb is slowed. The allegory of the Tower of Babel is repeated time and again throughout history. When humanity unites we can achieve great things, things that appear inconceivable at their start. But when our language is confounded, when we can no longer find common ground and relate to one another on the most basic, human levels, our work is stalled. Symbols, specifically the symbols found in Freemasonry, can forge the living language necessary to the communication that surpasses division and duality.

But these symbols and the hidden meanings they convey cannot be communicated to everyone at once. They are, by their nature, hidden. The great secrets of Nature and the Divine do not have to be hidden by humanity. They keep themselves and are very capable in doing so. The secrets of life are extracted only by experience and understanding, they cannot be granted by committee or passed down by decree. They must be earned by every individual who wishes to gain them and great sacrifices, sacrifices of comfort, ease and safety, must be made upon the altars of Life if the seeker wishes to prove worthy. For this reason, in every age and in every place, societies of men and women have gathered to attempt to pierce the veil that guards this wisdom.

This is the true work of the Mysteries and must be done in secret, not to conceal the existence of the secrets themselves or to prevent the worthy from seeking their knowledge, but to unify the workers who would attempt to construct another fragile rung in the great ladder leading to heaven. How many great minds and open hearts who came before their time have paid the ultimate price for asking questions the answers to which the great mobs of humanity did not wish to hear? Hypatia of Alexandria was raped and bludgeoned to death for daring to examine thoughtfully the universe around her. Giordano Bruno was burned at the stake for advancing humanity’s understanding one step further. Countless poets, artists, inventors, and authors whose ideas were too far ahead of their time have been destroyed by the basest instincts of humanity.

Though the claimed of authenticity and origination has been made by several organizations, Freemasonry is broader and deeper than any one institution, the proof of which can be found in even the most cursory examination of the history of religion. There are many branches on the Tree of Freemasonry but Esoteric Freemasonry is the root system of this great organism. Esoteric Freemasonry, the tradition of Freemasonry that delves deeper and sees further than the mere surface of our catechisms, rituals and traditional explanations, is the connection to the soil of history and human tradition that sustains Freemasonry even now. Freemasonry is a diverse collection of traditions, rites and rituals that have been passed from lip to ear for millennia. Freemasonry, though now cloaked in the symbols of the building craft, is in fact the inheritor of the great wealth of religious symbolism that humanity has produced.

All religions communicate the story of a single God, a unitary divine flame that has burned brightly from the beginning of time and that sustains all life in the Universe. Whether Jew or Christian, Muslim or Hindu, Sihk or Buddhist or sustainer of any of the numerous Gods of human history we are united in our common love for the Divine and the most human aspiration of reunion with our origins. Freemasonry communicates this in symbols but only by moving beyond the exoteric and in to the esoteric can we understand the greatness of the destiny that awaits us. Esoteric Freemasonry is not mere speculation or frivolous imaginings, it is the fulfillment of the work that Freemasonry itself charges us with. Our work is the creation of a Universal Religion, a solid foundation upon which all human beings can build. This can only be done in unity and the keys to this unity can be found just beyond the gates that are guarded by the symbols of Freemasonry.