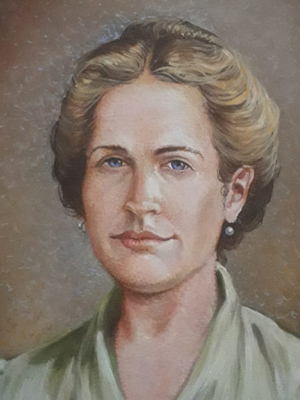 Throughout the history of Malecraft Freemasonry, there have been a number of special instances of women who were initiated into the Craft, sometimes due to pre-initiatic exposure to secrets. Hannah Mather Crocker was one of these special exceptions, a woman initiated into Malecraft Masonry; although, we do not know the circumstances of her Initiation or the conditions which precipitated it. What we do know is that her Masonic career was supported by high ranking members of the Grand Lodge of Massachusetts. With that support, Brother Crocker founded a Femalecraft Lodge long before the establishment of modern Co-Masonry and Femalecraft Masonry, which occurred later in the 19th and 20th centuries.

Hannah Mather Crocker was born Hannah Mather on June 27th, 1752, in the colony of Massachusetts. She assisted in the American Revolution by transporting letters, hidden in her clothing, and intelligence out of British-occupied Boston and delivering them to Brother Joseph Warren – a rebel force leader and Freemason. Hannah was well educated by her highly religious family and taught the same staples of education as her masculine peers. Her Father’s ardent belief in the virtue of Equality, regardless of gender, instilled in her a strong sense of self-worth and self-determination. She would eventually rise to the stature of renowned author and poet, and her work, “Observations on the Real Rights of Women (1818), was the first book on the rights of women published in America.

Hannah founded St. Ann’s Lodge in the 1770s, a Femalecraft Masonic Lodge, with the blessing and protection of the Grand Lodge of Massachusetts. She was accepted by the Malecraft Masons in her life, and her letters and commentary on the Craft also received the praise of their praise. In 1779, Hannah married a revolutionary war officer and Freemason by the name of John Crocker. The couple had ten children in their fifteen years of marriage, which sadly ended with John’s death in 1797. During this time, Brother Hannah advocated unceasingly for the right of women to receive an education equal to a man’s much like her own.

Her stated belief, that men and women had the same mental capacity, made her one of the earliest American feminists. She outlived her husband by many years and continued to write in support of female education and basic equality of capacity between the sexes. Throughout her life, Brother Hannah’s ideals, writings, and philosophies were heavily influenced by the Masonic ideal of Equality. Moreover, she resonated with, and subsequently fostered in new members, the Craft’s emphasis on the importance of education. She continued to labor with steadfast zeal, until her death on July 11, 1829, and bequeathed to the world an embodied example of the virtues of Freemasonry.

“There can be no doubt that there is as much difference of the powers of each individual of the male sex as there is of the female; and if they received the same mode of education their improvement would be fully equal.” – Brother Hannah Mather Crocker