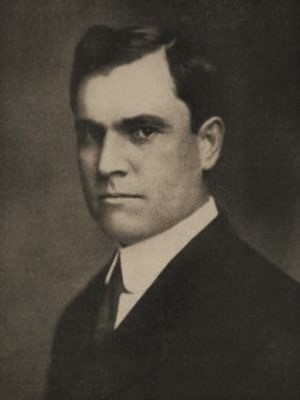 Joseph Fort Newton possessed a great zeal for Humanity, the Great Architect, and for the Craft of Freemasonry. He was a true Masonic scholar, advocate, and literary legend.

FEW individuals have impacted the lexicon and furthered the legacy of Freemasonry as Joseph Fort Newton. A Master Craftsman of the written word, Brother Newton created a new vision of the Craft with such poetic vision that he has, and will continue to, inspire untold numbers of Freemasons around the world. In his magnum opus, The Builders, he left a golden manuscript of innumerable treasure that should be required reading for all members of our Fraternity. In that work, he proclaimed a future of perfected humanity writing:

Truth will triumph. Justice will yet reign from sun to sun, victorious over cruelty and evil. Finally Love will rule the race, casting out fear, hatred, and all unkindness, and pity will heal the old hurt and heart-ache of humanity.

What made Joseph Fort Newton a great man? His zeal for Humanity, the Great Architect, and for the craft of Freemasonry gave him a firm foundation, but his true greatness came from the additional virtues of determination, faith, and love. He was a poet, an author, a lawyer, a minister, and a Mason.

Joseph Newton’s life story began thanks to the epic journey of his father, Lee Newton, a minister and attorney, during the American Civil War. In the War’s final days, his father was taken prisoner and sent to a Union Camp in Rockford, Illinois. Having been made a Mason in a Confederate Military Lodge, Bro. Lee would become deathly ill in the camp. Learning that he was a Mason, the Commander of the Camp practiced true brotherly love by taking the dying man, a confederate prisoner of war, into his own home and nursing him back to health. When the war ended, the Union Commander bestowed Lee with the money and means to safely travel home to Texas. Thus, the Masonic writer, Brother Allen E. Roberts, wrote:

It might be said that Freemasonry gave birth to Joseph, who was born on July 21, 1880. If a Brother Mason hadn't saved the life of the father there would have been no son.1

Born in Decatur, Texas in July of 1880, Joseph grew up hearing the tale of his father’s fraternal rescue in the War. He was so impressed by the brotherly kindness demonstrated that Joseph petitioned a Masonic Lodge as soon as he was old enough, and on May 28th of 1902, he was raised to the Sublime Degree of Master Mason in Friendship Lodge, No. 7, in the orient of Dixon, Illinois. Bro. Joseph wrote:

The fact that such a fraternity of men could exist, mitigating the harshness of war, and remain unbroken when states and churches were torn in two, became a wonder, and it is not strange I tried for years to repay my debt to it.

Following in his father’s footsteps, Joseph also became a minster and attorney obtaining his education at Southern Baptist Seminary and Harvard University. He also held the honorary degrees of Doctor of Hebrew Literature from Coe College, Doctor of Divinity from Tufts University, Doctor of Humane Letters from Hobart and William Smith Colleges, and Doctor of Laws from Temple University. Ordained a Baptist Minister in 1895, he served as a Pastor in Texas and led non-sectarian congregations in Illinois and Iowa.

While in Iowa, Bro. Newton took on a new role as Professor of English literature at the University of Iowa in Cedar Rapids, where his sermons were published and captivated a wide audience, circulating beyond the United States. Here, Bro. Joseph’s dedication to Freemasonry expanded into the sphere of Masonic Education, where he was a pioneer in the field. He knew that the future of the Fraternity would depend on the next generation of Masons, and he worked tirelessly to educate those that followed him on the Path of Preferment.

At the behest of the Grand Master and Grand Secretary of the Grand Lodge of Iowa, Joseph wrote the monumental work known as The Builders, which was first published in 1914. The book has stayed on the best-seller and must-read list of Masonic books, more than a century later. So popular was the work, that his fervent readers begged for more light from the author. He answered their calls by writing additional works such as The Men's House, The Religion of Masonry, and Short Talks on Masonry.  As the Educational Director of the Masonic Service Association, Newton was urged by others to be "more militant” in his work. He denied this directive by stating his opposing view:

It has always been in my heart to use Masonry as a wand of blessing and never as a weapon of battle. It is intended to make men friends, to bring men of all types of temperament, antecedents, and training together, to defend their Brotherhood and make them builders of a purer world.

For Joseph was a true believer in the powers of Freemasonry to unite, not divide. So great was his readership and far-flung was his audience, that Newton was eventually called to leave the States for the pulpit of the City Temple in London, England. During his four years at City Temple, which began in 1916, Bro. Newton traveled to deliver orations and sermons – thereby gaining international fame. He was known for his universal and humanitarian messages, which called for greater understanding between nations with the aim of establishing abiding peace in the world. His pastoral work ultimately dove-tailed with his masonic labors as he explained that "the great secret of Masonry" is "it makes a man aware of that divinity within..."

After his time abroad, Joseph returned to his native land, and in 1920, became clergy at the Church of the Divine Paternity in New York City, New York. His fame continued to grow during his tenure as Editor of the Christian Century where he was responsible for editing the Best Sermons of the Year series. He also traveled extensively across America – preaching at numerous colleges and universities. In the 1920s and 30s, he served at St. James and St. Luke Church in Philadelphia, where he also spent the final days of his life, in the mainline town of Radnor, Pennsylvania.

Joseph Fort Newton lived by the philosophy that change begins with the forward motion of one individual, and that the world’s eminence rests on the people who inhabit it. He argued:

The true religion of a man is that which he practically believes, lays to heart, acts upon, and thereby knows concerning this mysterious universe and his duty and destiny.

Moreover, he wrote of the Spirit of Masonry and its power to uplift humanity:

Bro. Newton labored with fortitude and justice guiding his steps, yet he remained humble. In his autobiography, River of Years, he credited Freemasonry for much of his success, where he mastered the Art of Rhetoric. His supporters were numerous and provided such testaments as the following: “Those who were fortunate enough to hear him speak, slowly, quietly, could never forget him.”1

On January 24 of 1950, Bro. Newton answered his final summons to the Eternal Grand Lodge. His mortal existence had ended, but he bequeathed to humanity a Masonic legacy that will never die. Thousands of books have been written on the Craft, but Joseph F. Newton’s works represent the pinnacle of vision, poetry, and prose. He was a true Masonic scholar, advocate, and literary legend.

Masonry creates fidelity to all that is holy and teaches us the power of truth, the reality of love, and the sovereign worth of character… By such teaching, if they have the heart to heed it, men become wise, learning how to be both brave and gentle, faithful and free; how to renounce superstition and yet retain faith; how to keep a fine poise of reason between the falsehood of extremes; how to accept the joys of life with glee, and endure its ills with patient valor; how to look upon the folly of man and not forget his nobility.