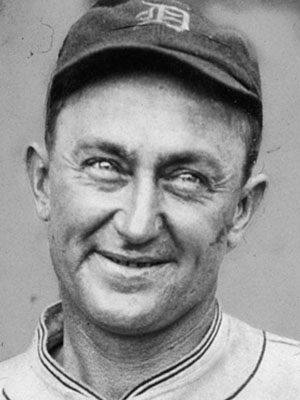 Ty Cobb was a famous Baseball player and Freemason who exemplified the Masonic virtue of Fraternity and Equality throughout his baseball career and life.

Brother Tyrus “Ty” Cobb was one of the most famous baseball players of the early 20th century. Nicknamed the Georgia Peach because Georgia was his home state, he started playing professionally in 1905; Cobb only retired from the sport in 1928 after setting 90 baseball records, many of which still stand to this day, despite numerous challengers.

Brother Cobb had a quiet childhood in the small unincorporated town of Narrows, in the Georgia backwoods. His father was a State Senator and constantly encouraged his talents, motivating his ambition towards success. In his teenage years, Ty began to play baseball for local teams, eventually becoming a big name in Georgia. Yet, he would be traded to the Detroit Tigers in 1905 for $750, the equivalent of $20,000 today. In 1905, three weeks before being sent to the Tigers, Cobb’s Mother accidentally fatally shot his father, who never got to see Cobb play in the big leagues. Cobb’s mother thought his father was an intruder, when he was actually trying to check the faithfulness of his wife.  Cobb would often remember his father fondly, saying that he had encouraged and inspired Cobb to be the man, and baseball player that he became.

Cobb’s father had also been a Freemason - the Master of the Lodge that Ty would eventually join: Roystrom Lodge #426 - located in a neighboring town to where Ty grew up. It is very likely that Brother Cobb’s admiration for his late father inspired him to take up the torch of Masonry in his stead and become a member of the Craft. Brother Cobb was initiated in 1907, in the Roystrom Lodge located in a neighboring town. He would remain a Mason all his life and received the 32nd degree in 1912 in Chicago.

Brother Ty would go on to practice Masonic virtues of Equality and Brotherhood throughout his baseball career and his life. He was one of the early supporters of integrating the sport along racial lines, allowing black athletes to compete alongside white ones. He was also generous with the huge fortune he earned throughout his career - donating for the creation of the first hospital in his hometown, and for poor students to go to college. When he passed away in 1961, Brother Cobb left a legacy of generosity and excellence which should be an inspiration to all Brothers of the Craft for their conduct in their lives.